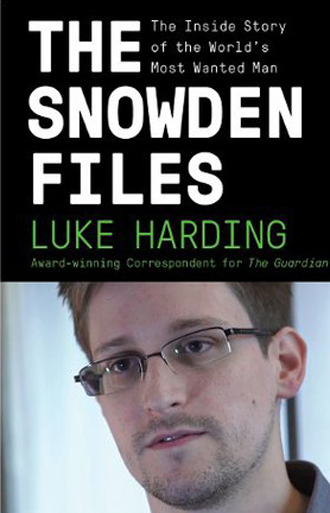 Very pleased to be reading this book in August at Penguin-Random House.

IT BEGAN WITH A TANTALIZING, ANONYMOUS EMAIL: “I AM A SENIOR MEMBER OF THE INTELLIGENCE COMMUNITY.”

What followed was the most spectacular intelligence breach ever, brought about by one extraordinary man. Edward Snowden was a 29-year-old computer genius working for the National Security Agency when he shocked the world by exposing the near-universal mass surveillance programs of the United States government. His whistleblowing has shaken the leaders of nations worldwide, and generated a passionate public debate on the dangers of global monitoring and the threat to individual privacy.

In a tour de force of investigative journalism that reads like a spy novel, award-winning Guardian reporter Luke Harding tells Snowden’s astonishing story—from the day he left his glamorous girlfriend in Honolulu carrying a hard drive full of secrets, to the weeks of his secret-spilling in Hong Kong, to his battle for asylum and his exile in Moscow. For the first time, Harding brings together the many sources and strands of the story—touching on everything from concerns about domestic spying to the complicity of the tech sector—while also placing us in the room with Edward Snowden himself. The result is a gripping insider narrative—and a necessary and timely account of what is at stake for all of us in the new digital age.