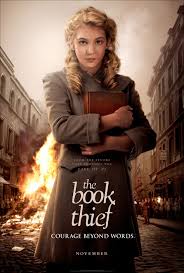 I had about about an hour to submit a Geoffrey Rush soundalike to my agent for THE BOOK THIEF promo. I struggled to sound anywhere near Rush’s deep, resonant sound but I submitted the mp3, reluctantly. Then the agent called to say I had a directed audition from Zach at The Refinery. During the recording I asked him if he really wanted a Geoffrey Rush soundalike because my voice was not as deep as his. He wanted something distinct from him, I was told, but still in the same range, and that direction made me feel better. Then another directed audition occurred the next day. Then a one line edit and two more.