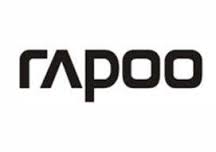 Got a very early morning call from Europe the other day, and I struggled out of bed to answer it.

Daniel Muilenburg,executive producer at Simpel Media B.V. in Amsterdam was on the line. He had seen my work for David Slager. Could I record one line for a promo he had directed and which is to be shown in China and possibly the U.S.A.? Sure.

He sent me the video, which was made on a shoe-string budget.The actors were people he met on the street–and on the beach. Daniel is the one on the skateboard!

I love this video because it works. Love the smile of the girl on the train.