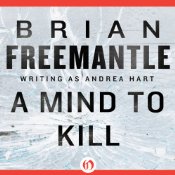 About two years ago, my agent called me to set up an audition at Deyan Audio Services in Tarzana. I was asked to bring a fiction or non-fiction piece to read before Bob Deyan. I chose segments from Oliver Twist with about five different characters. Months later, Bob called to ask if I were interested in recording A MIND TO KILL, a thriller. Yes, I said, automatically.

The book had over sixty characters. I googled “audiobooks” to find out what I needed to do  about different character voices and had conflicting responses. The more characters you can voice the merrier, said one, versus…less is more. I ended up calling Deyan Productions and was advised by an engineer that if I could voice many characters, I would be brought back. I ended up voicing over 60 British dialects, characters.

In retrospect, that was a mistake. My friend Jean Gilpin, who has voiced many audiobooks, doesn’t subscribe to creating numerous character voices simply because they might detract from the narrative.  I noticed Scott Brick and the wonderful Robin Sachs, an audiobook superstar, hardly changed their tones between characters.

One final note: if you are hired for an audiobook, do not go to the recording studio without having read the book. Commonsense but there are some actors who think they can wing it. Imagine you find the narrator, who you have voiced in an American accent for the first 400 pagers, suddenly reveals on page 401 that her natural accent is Australian. This was told to me by an engineer at Deyan Audio; the actress had to re-record all the pages. Oddly, he noted, she was invited back to record a second audiobook.  Celebrity?

If you get the opportunity to record an audiobook, you should buy an iPad and purchase the  iAnnotate app. It is superb and only $15.